He is a full time shooting instructor at The Fennell Shooting School, as well as a Professional Shooter ( PSCA Tour Pro, NSCA All American, 14x NSCA Team USA member )

Will was raised in a hunting/shooting family. He had a rifle or shotgun in his hands as a constant companion starting at age 5. His father joked that it cost him more dollars in ammunition to get Will to college, than it cost to send him away for 4 years of  school. But it was at Wofford College that he started his competitive shooting career on the school’s rifle team. Smallbore rifle introduced Will to the mental discipline that it takes to compete in the shooting world. After college, he shot in the practical handgun disciplines of USPSA and later IDPA around the country. In the early 1990’s, Will became involved in the Sportsman’s Team Challenge series of events, which involved shooting rifles, handguns, and shotguns. The shotgun events were clay target events, so they started shooting sporting clays to practice. In sporting clays, Will found his competitive home.

Will’s first NSCA registered event was at Hermitage Farms Sporting Clays in Camden, SC, in 1995. Since then, he has shot over 100,000 registered targets with the NSCA here in the USA, and many thousands in Europe. Overseas, Will has competed in Australia, Cyprus, Czech Republic, France, Germany, Italy, Portugal, Russia, Spain, and the UK.

When Will started shooting clays, a friend gave him a 3 hour lesson with Dan Carlisle as a birthday present. Dan and Will hit it off and became friends. Dan shaped Will’s technique, and influenced his views on the shotgun world. Dan immediately starting using Will as an assistant instructor for large groups, and he was soon giving private lessons, to help pay for his competitive ‘habit’. In 2004, Will left his job in the corporate world, and started teaching sporting clays full time. While teaching all types of shotgun shooting, competitive sporting clays and FITASC, are a specialty.

Will and his wife Elizabeth have begun developing the Fennell Shooting School as a premier Sporting Clays and Wingshooting facility at Blue Branch Farm in Sharon, SC. With 2 separate teaching fields, with many wirelessly controlled traps, towers, pattern plate, and full gun fitting facilities, FSS can help you take your shooting to the next level and beyond. 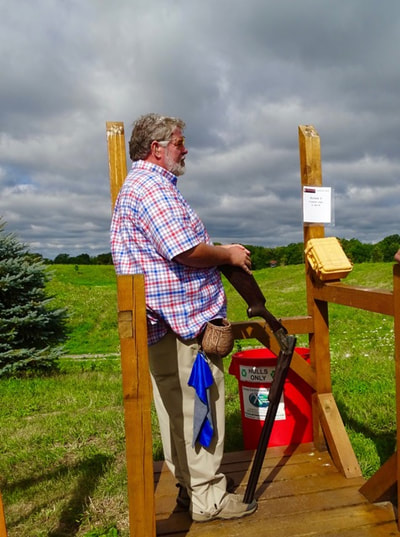 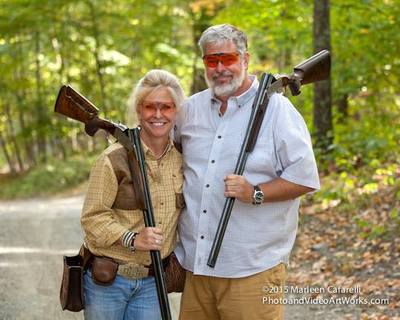